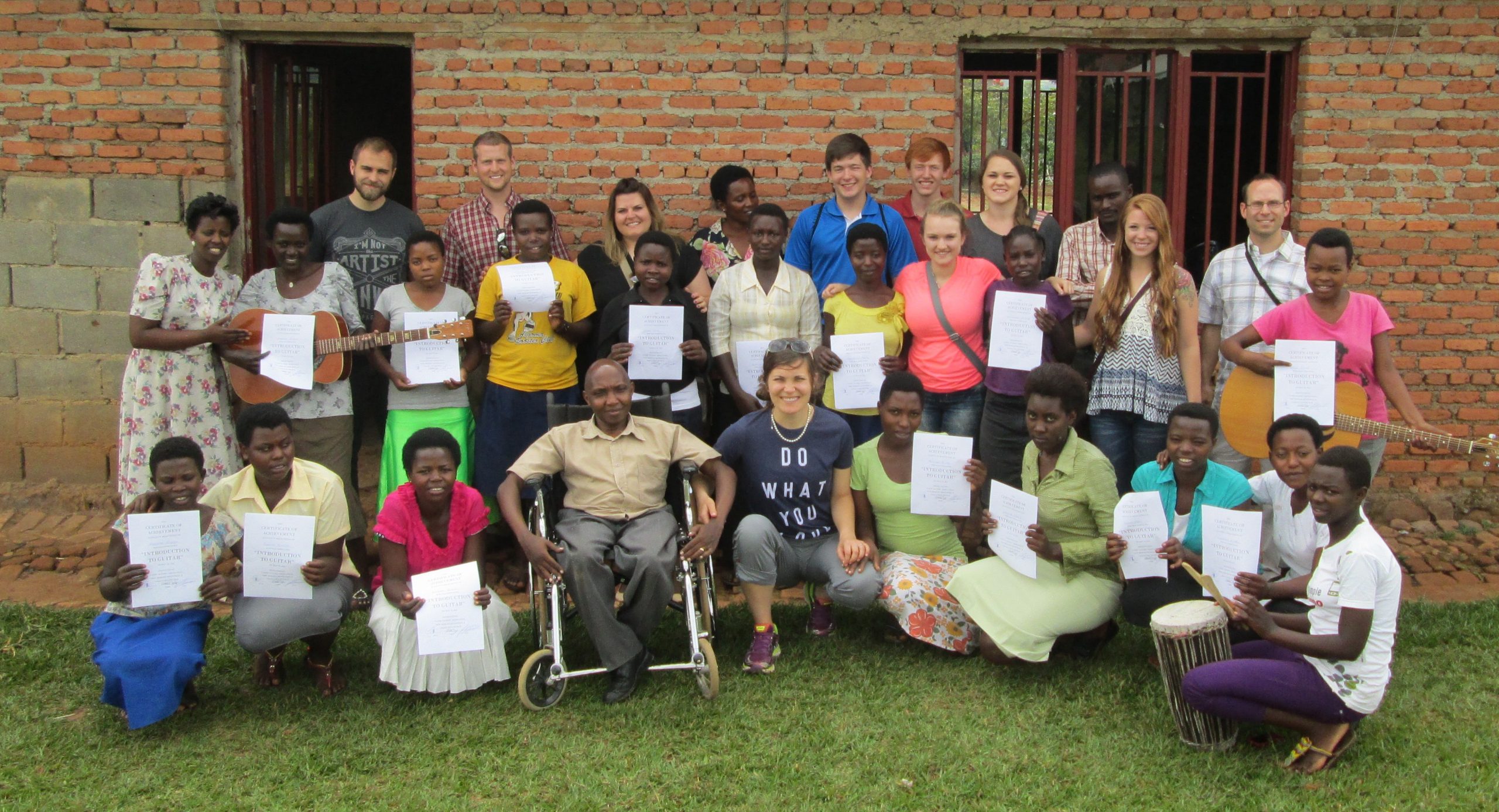 Sunday
The Pastor lifted up the grain head of a fully mature sorghum plant and quoted Jesus from John 12:24-25:

Most assuredly, I say to you, unless a grain of wheat falls into the ground and dies, it remains alone; but if it dies, it produces much grain. He who loves his life will lose it, and he who hates his life in this world will keep it for eternal life.

The visual representation made an impact on me as did the rest of the sermon about “getting out of your comfort zone” and the priority of evangelism in the life of every Christian. After the service our team of 10 “muzungus” (white people) put into practice what was preached. There were at least four buses lined up outside the church ready to take people to pre-determined neighborhoods for door to door evangelism. Our small team split into three groups and went house to house sharing the good news. It was so much fun to serve alongside Sandrali, Serge, and Songa, listening to people, praying for their needs, sharing the gospel and giving an opportunity to respond. At one point a large group of motorcycle taxi drivers gathered to hear Sandrali preach. Following his brief message 18 of them responded by giving their lives to Jesus. They filled out response cards that would be delivered to leaders at Restoration Church who would follow up and get them started in a discipleship group. What began as a regular trip to church on a Sunday morning turned into an adventure with an eternal impact.

Our final morning in Rwanda included a ceremony to recognize the 16 teenage girls who completed the “Introduction to Guitar” class taught by Luke, Josh, and Jasmine. The room was filled with proud smiles, words of appreciation, and bellies full of Rwandan “cake” (sort of like a dry donut hole). And of course, the requisite glass bottled Coke and Fanta! What began as an opportunity to share the basics of playing the guitar became much more. As Leoncie (the MC) read off each name, the girls came forward, one by one, to receive their certificate and a handshake from representatives of Grace Life, FVA, and New Mercies. The look of pride and appreciation on each girl’s face revealed that they were not only receiving a piece of paper with their name on it, but much deserved praise for attempting something new and foreign. Who knows what impact the four days of guitar instruction will have, but I wouldn’t be surprised to find some of these girls still playing guitar the next time I see them. I also expect that

they will have more confidence to try new things and explore other opportunities that God will bring their way. A parting gift from the team included three guitars, tuners, extra string, and song books so that the girls can continue to grow in their newly acquired skills. Thank you Grace Life and all who contributed to the success of this trip!