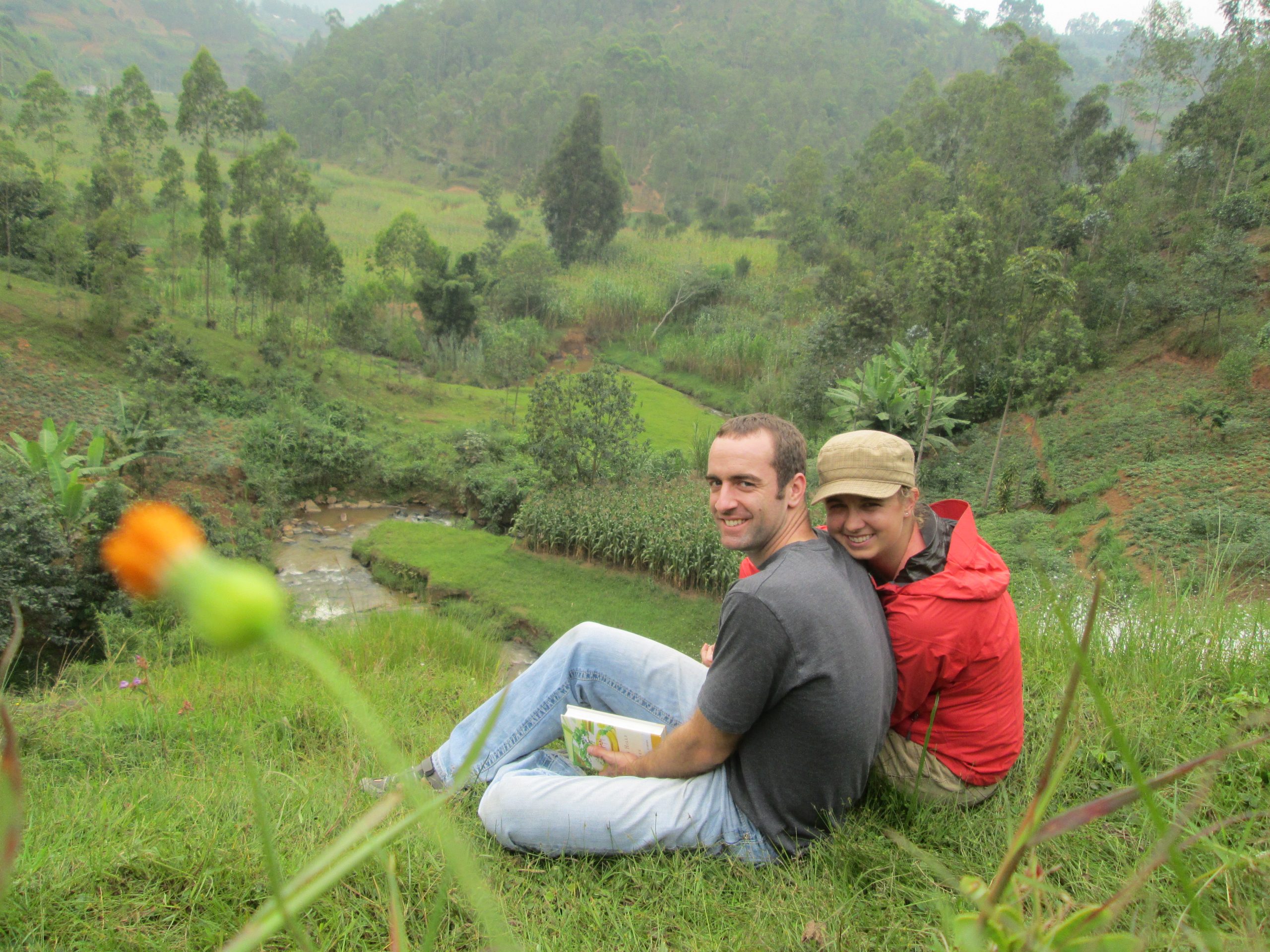 The day started great from the moment I got out of bed. That morning I was able to get both contacts in with no struggle for the first time the entire trip. Right then I knew that it was going to be a great day! (I just started wearing contacts and had been struggling with them the entire trip.) At breakfast while eating fresh delicious fruit I remember hearing or saying it was going to be a great day when I shared about getting the contacts in.

After breakfast it felt like we had a little extra time to rest before heading out for our days activities. I was thrilled to have the time because I felt like I hadn’t completely prepared for my part that morning. I had time to try and gather my thoughts and ponder some thoughts from the previous night. Although my thoughts weren’t completely gathered it was time to leave and head to Faith Village. On the way out the door my boyfriend, Josh, handed me a note. It was a wonderful note; he had written about seven things from the last seven months that he has really appreciated. He ended the notes saying, “You’re wonderful and it’s been a very happy, good seven months that are worth celebrating.” I felt really special; it was a really good morning.

At Faith Village we gathered in the office before we headed out for the days activities. One of the team members noticed that I was nervous about my part and encouraged the team to pray for me. I feel the prayers helped put me at rest and to trust in the Holy Spirit. It was a really good morning!

It was time to share the salvation message with the children that we had been teaching all week. As a team we thought it would be fun to do this through a goofy skit, “The Chicken Skit”. The team pretended to be chickens, monkeys, cows, airplanes and Christians. When I asked them why they thought they were monkeys, I would get responses because they like to climb trees or eat bananas (and we all know that those things don’t make you monkeys). Also, when they said they were Christians, the group responded that their parents were Christian or they had a Bible. I got to share with the children that those things don’t make you a Christian. I got to tell them that God wanted a personal relationship with each and every one of them and that they could invite him into their hearts. I felt filled with the Holy Spirit guiding me with each word on what to say. Many children came forward as a sign of their desire to have a personal relationship with God, and Josh led them in a prayer. It was a really great morning!

On the way to lunch I heard a team member say, “It’s a really great day!” and I couldn’t have agreed with her more. I felt so alive and excited about everything that had happened so far in the day and didn’t think it could get any better. We even had internet access during lunch. I had to share on Facebook how great the day was, I wrote: “God is moving in Rwanda! Just had a pretty amazing morning, praise God excited to share more later…keep praying two more days here.”

We had a couple hours between activities. As a team we thought it would be a good idea to get all dressed up for where we were to go next, the prayer room. At the guesthouse we even had water. (Some days we had less than others). It felt great to wash my hair and wear it down – it was the first day I attempted to wear my hair down during the trip. I felt refreshed and clean. It was a great day!

Karen (our team leader) and Sonia (our local partner and translator) left to run some errands. As it got closer to the time we needed to leave for the prayer room, Sonia called asking to speak with me. I was told I was needed to meet some people and that she would be there in five minutes to pick us up. She also told me to have Josh come to carry things. Though I was a bit confused on why he needed to come to carry things, I was glad he was coming along. We got to go on an adventure! It was a great day!

Sonia arrived and told me to change right away. We were going to meet some important people and I needed to wear a skirt and put some make up on. In the car she briefly told me what I was going to be doing. Josh helped me prepare for what Sonia said I was going to do. When we arrived at the restaurant Josh went in ahead while Sonia finished briefing me. Still a bit nervous I asked her to pray for me. After prayer I felt ready. It was going to be great.

Walking into the restaurant I first saw Karen waiting and then next to her Josh holding many roses! Then I heard, “Happy seven months, Happy seven months…we are so happy for you…it’s a really great day!” Josh had asked if he could surprise me and take me out for our seven-month anniversary. They pulled it off – it was such an amazing surprise! It was a really great day!

We had one of the most amazing meals ever at a restaurant named “Heaven”; it was a seven course-tasting menu. Looking back, I would say it was one of the best meals I have ever had. It was either really really good or it was really good because we had been eating rice and potatoes for a week prior; nevertheless, I will never forget that meal! After our second dessert I was told there was yet one more surprise but Josh had to come to my side of the table for it. Josh came to my side, got down on one knee and asked me to be his wife! I didn’t hesitate – I said YES right away. It was a really REALLY GREAT DAY!

I got engaged in Heaven! Josh picked the perfect location to propose and we are so thankful for all of those who knew it was going to be a really great day and the part they played in it. I have one more reason to smile when I think of Rwanda.