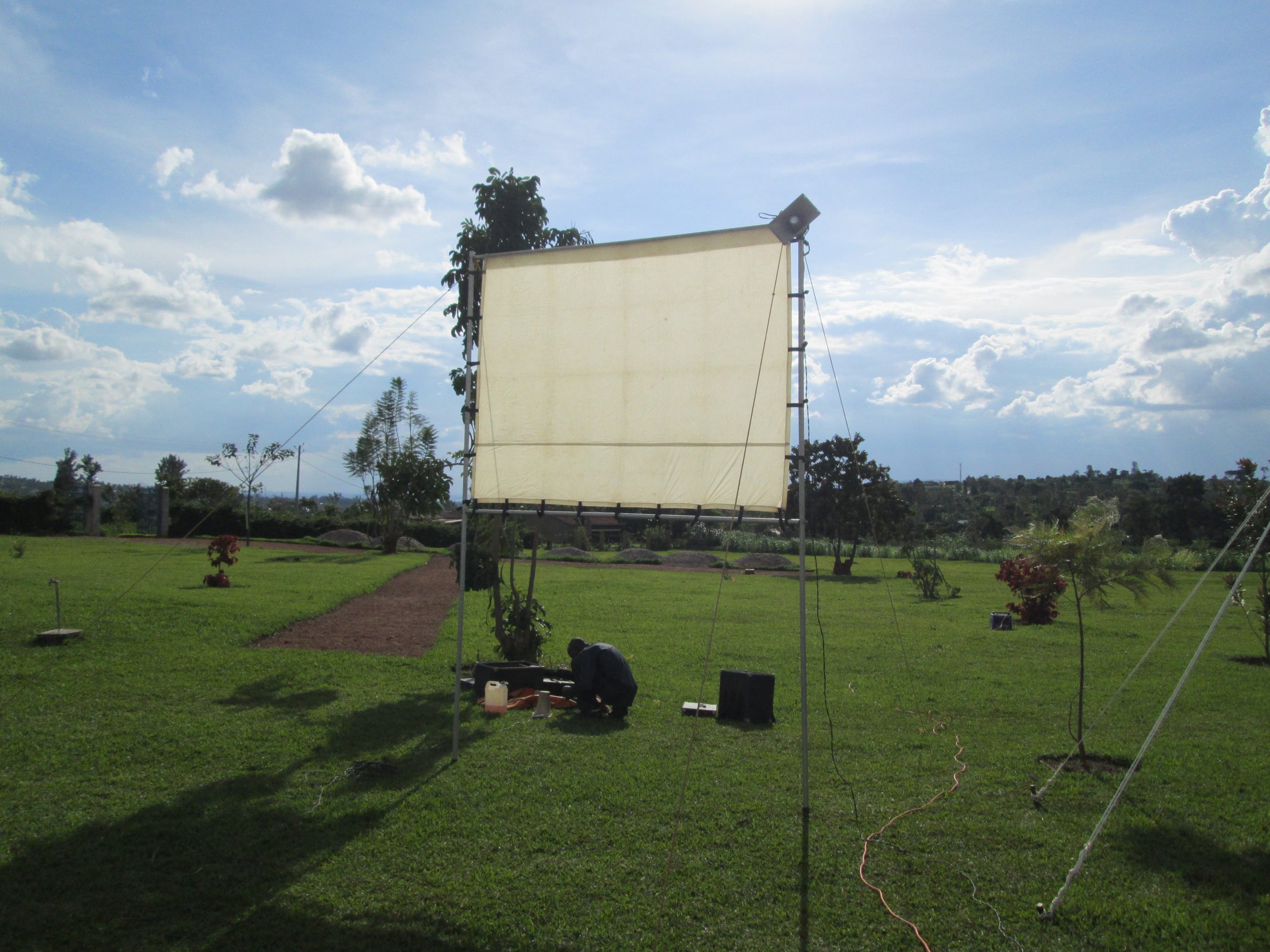 One certainty is that little is certain. A prudent person expects certain expectations in this world to be broken. This is not a bad thing. We must learn to hold our plans with an open hand, listen to God, and smile as His purposes unfold. Don’t get me wrong, I’m not presenting an excuse to forego planning or dismiss one’s desires as invalid.

By late Tuesday afternoon the tents and chairs were set up, the sound system was ready to go, and our team was all together. But where were all the people? I was expecting to double the number of attendees from the first night as word spread across the network of dirt paths, through the village, and beyond. The rain had even held off! Earlier I had strolled the main road, along with my young friend David, inviting people to the meeting. Most replied with, “Tourage” (I’m coming). Now it was getting toward evening and we needed to start. As the singers began belting out tunes the speakers were reoriented so that those passing along the road could hear. Of the fifty or so people some sat and watched, others prayed, and the rest joined in song.

Even with the low attendance we needed to start. Flashing his megawatt smile, Pastor Gaspar got on the mic and offered a warm welcome to the guests and to give praises to God. After a few rounds of singing and dancing it was Sandrali’s turn. The number had increased some, but the crowd was still noticeably small. This was not acceptable for Sandrali. The first thing that Sandrali did was to mobilize those in attendance. He said that now we’re all going to go outside the walls and invite more people. There was excitement as everyone stood up and began to disperse. For about 15 minutes our band of 50ish people walked the road inviting others to come. There would be music, preaching, and a film. All were welcome, “Karibu”!

Upon returning to the site and getting seated there may have been a few more people, but nowhere near the 200 that I had expected earlier in the day. But as I considered the situation, I was at total peace with the outcome. Sandrali’s call for people to go out and invite others is what was important this night. It allowed everyone, not just the singers, preachers, and pastors, to be an active part of what was happening. It reminded us that we all have a role to play in sharing the gospel. Mobilizing everyone at once made it less intimidating for those who were typically too shy to go out and invite others. It showed the community that what happens at Faith Village is for the community. It’s not an island where Muzungos (white people) show up periodically and do their own thing. We want to engage with and be a blessing to the community.

Later in the evening Sandrali shared the gospel and people responded. We danced and we sang. We also finished showing the “Jesus Film” to the delight of all, especially the kids. Those who know Jesus were encouraged as we were reminded of His abundant and sacrificial love. But what I will remember most about the night was Sandrali’s call to all to go out and be a part of inviting others. It was a challenge to do what we can. Even to go beyond our comfort level. Then we leave the results up to God.