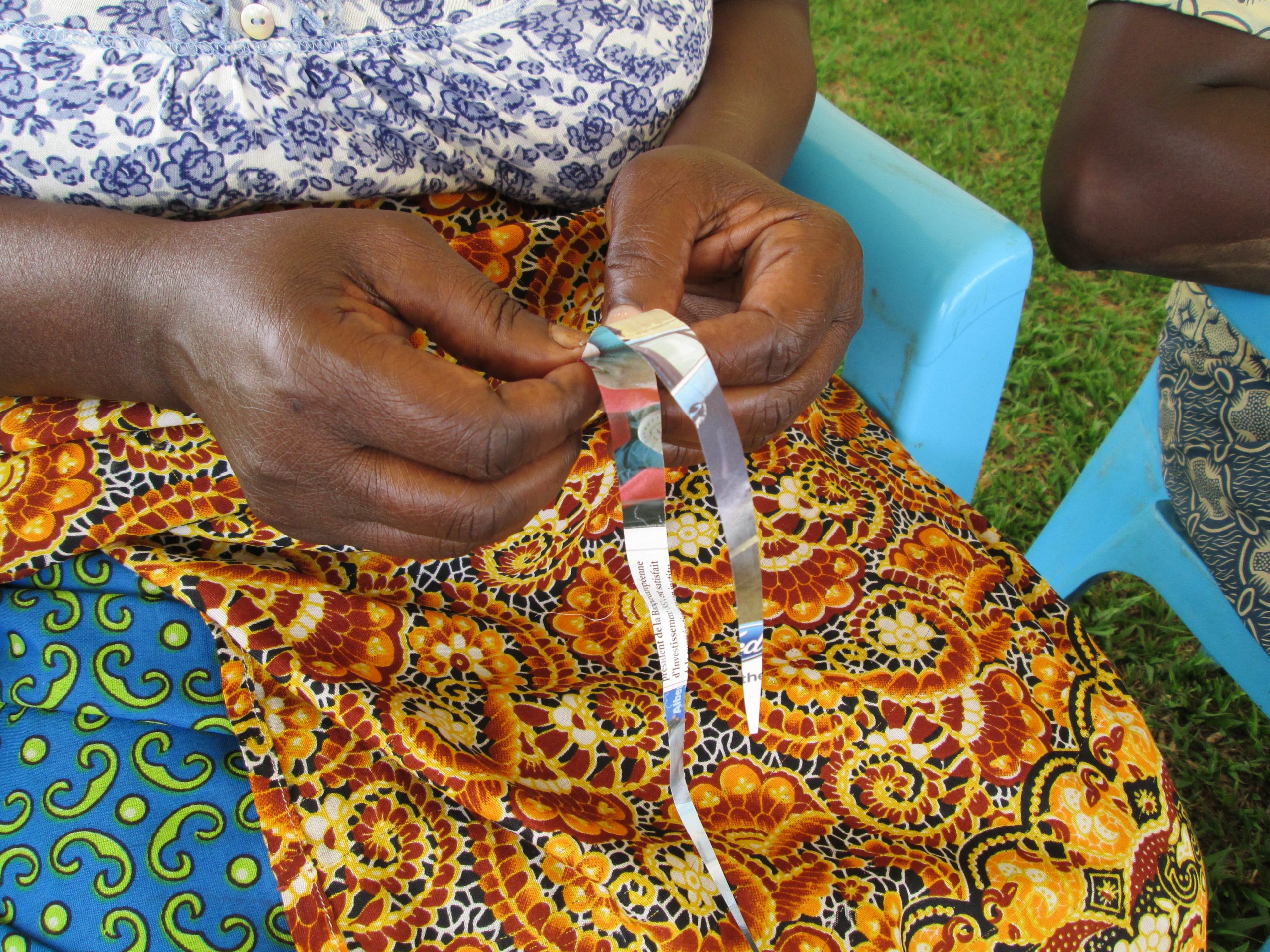 Thoughts of Rwanda produce great sadness and regret for much of the global community. Memories of the 1994 genocide are hard to forget, as they should be. However, after returning home from my most recent trip, I’m filled with great hope and often catch myself smiling as I remember some of the things I saw and the experiences I had.

Faith Village in Rusororo is gaining a positive reputation among community members and government leaders. Our community of homes for orphaned and abandoned children is under construction (the roof is next) and is the reason we worked to acquire the nearly 20-acre space.  Faith Victory Association (FVA), our local Rwandan partner organization, has also moved their main office to the site where they carry out several programs benefitting the surrounding community.  I was able to witness and participate in a few of the activities helping vulnerable women and children.  It was great fun!

About half a dozen women regularly gather at the site to engage in small-scale income generating activities and to encourage each other. Many of them have lost husbands and now struggle to provide for their children with little to no education or vocational skills. The site provides a place for them to meet and an FVA staff person to serve as a facilitator/trainer/mentor as the women work together to improve their life situation. The group empowers individuals through practices of micro-credit, group purchasing power and collective labor.

It was Monday afternoon and I stood, fascinated, as I watched the women transform old magazines into beautiful works of art. They would cut the paper into strips and then roll the strips tightly around a needle.  The roll slowly increased in diameter until a bead was formed. The beads would later be shellacked and strung together to form beautiful necklaces. On Friday I was able to purchase some of the handiwork directly from the hands that had created it. While sitting in the circle making beads the women are encouraged to share their stories and struggles with one another and to pray. It was obvious that many of these women had a strong faith as they joyfully sang praises to God. They even performed some of their songs at our evening outreach meetings early in the week.

The women also benefit from the use of land at the site. As I emerged from the FVA office late Friday afternoon I saw the women huddled around a large pile of green beans. They separated and sorted beans until the sun hung low on the horizon. The group leader had a small notebook and was keeping record of their inventory. It appeared that the well proportioned and uniformly shaped beans would be sold at market early the next morning and the less desirable looking beans would be taken home to feed their families. There was order to the way things were done and there seemed to be a sense of mutual respect and responsibility among the women. They were helping each other, they needed each other and they were stronger together.

One of the barriers to poor children getting ahead is improper nutrition and challenges in education. Most children are able to go to school, but may not receive enough food at home to nourish their growing bodies. Sitting at school with an empty stomach and fatigue hinders their ability to learn. FVA has taken action to meet this need by providing some meals to children in the surrounding community who have been identified as in need.

Another way that school children are being helped by FVA is through English language tutoring. English is now taught in all schools. However, many school teachers don’t speak English proficiently so any extra help that the students can get is vital. Mastering English could be a door to opportunity for these children. On most weekdays you’ll find a group of a few dozen children sitting under a tent learning English during their break from school. I was met with a lot of smiles when I passed out candy to the kids. Now I’m smiling as I think back to all those kids in the tent – so happy to be there and eager to learn.

Want to help teach English or otherwise help vulnerable women and children at the Faith Village site?  Contact us to find out more about joining a short-term team or volunteering with our local partners.